The barbies here again. Where we left off, Josefina discovered our perfect plan of revenge -__- ………. 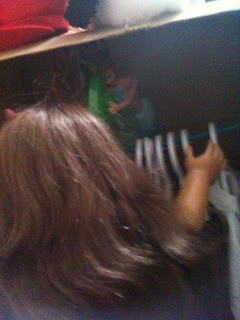 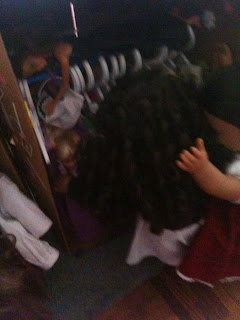 That ‘long dresses’ doll and that Mexican dinosaur showed up at the other closet of clothes, where it was so hot, sweat begins pouring down the Barbies faces and onto the clothes. To ruin them! Perfect revenge. But as soon as those AG’s saw them, Brittany, H. Skipper and Hazle knew they were in for it. Desperate for protection, they shook rapidly, the sweat that WAS pouring from their faces was now flying through the air and landing on the AG dolls. They screamed and fell back, like Molly, as that 1900’s hippie is called. 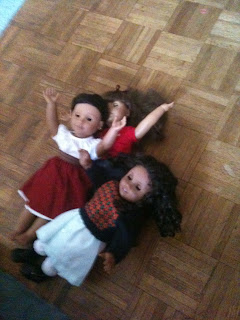 Dazed and disgusted, they landed on top of each other. AHA! Now, we could escape un-caught. Now, the AG’s had mildew and sweat ALL IN THEIR CLOTHES!!! BWA HA HA!! Perfect revenge!!!

Except for one part.

We could have gotten away with it, except…… 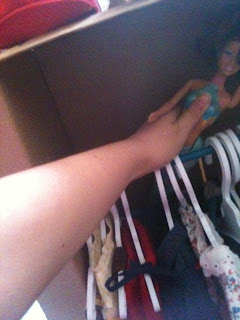 Madison heard the commotion and grabbed me.

We were REALLY in for it!!!

~The best barbies EVER,

(the AG dolls here! Those Barbies are SO mean!! Just wait till you find out what mom (Madison) did to them!!!)