My mom made me wear my nicest party dress, glasses and braids and told me that I needed some socialization. She said that since there were no AG dolls around, she said that I could visit some Barbies. “Snobby Barbies,” I thought. They were so modern and fufu and girly. They didn’t care a wink about History! 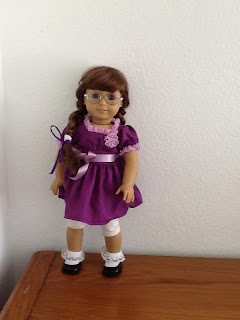 Blech. I would much rather be dancing in my Miss Victory dress with Emily Bennett! 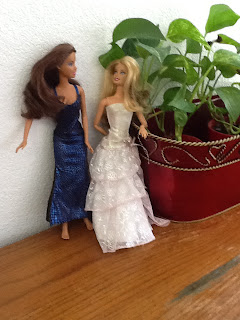 I went on over to the Black Friday party, and found only two Barbies, (instead of mom’s lot of them) talking. I knew their names. The one in the white dress was a Barbie Fashionista, Named Laia. Yes, Lay-uh like from Starwars. 🙂 Funny thing is, I’ve never watched Starwars. The one in the blue dress was named Brittany, but Strawberry was her nick-name. I think it was because she always wore a Strawberry Shortcake shirt.  🙂 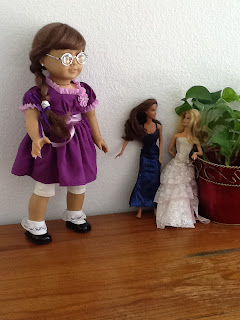 Laia was saying, “I am SO relieved Mattel took over AG. They need to learn to stop being such dinosaurs. Ipod Touch’s and pixie cuts are whats in style! History is not important at ALL.” I was SO steaming mad. I wanted to burst in there, yell, “WHAT THE TACO ARE YOU TALKING ABOUT, YOU MEANIES!!!!” But I knew better. I WAS better. Than THEM. I walked in with a big smile and said, “Hello!” They looked at me like if I had just jumped into a garbage can. “Hey, dude,  what’s up?” said Brittany. “And girlfriend, SO change your outfit.” 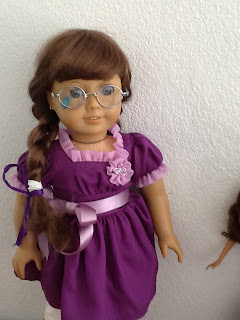 I felt a hot, warm, tear spring form behind my glasses. 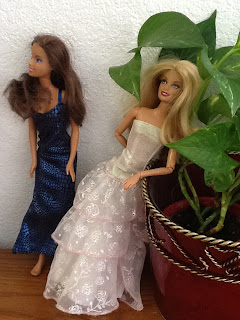 “Aww, did we make you cryyyyyyy?” teased Laia. Brittany laughed and said, “We don’t mean nothing, Honey. Stop being a big baby!” 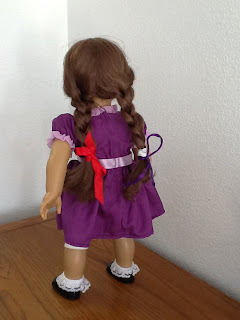 “No, thank you,” I said crisply. “I think I will like to spend time with family. And Friends.” I walked off, feeling strong. I wasn’t going to let Barbie’s stand in my way. I was better than them. They just weren’t worth suffering for.

The best part; when I left, I heard Laia whisper, “Do you think we were a little mean? I mean, History does has some purpose……” I didn’t hear what Brittany said. What do you think she said? What do YOU think she answered? Yes? Or no? 🙂