Del here. Again. Did you read the previous post where I totally wrecked the AG store in Dallas, Texas? You better have. If not, you better read it.

Not long after wrecking the AG store with Madi’s BFFs’ dolls and with Chloe from My Hobbit Hole, the terror and demolition of my wonderful self decided to head on over back home in order to wreck the American Girl store in Orlando, Florida. 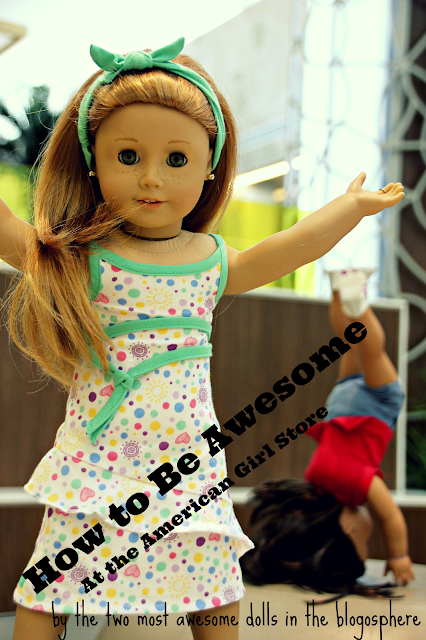 AND I DIDN’T DO IT ALONE.

My awesome friend Mia posted about wrecking the AG store Orlando with me at this link. 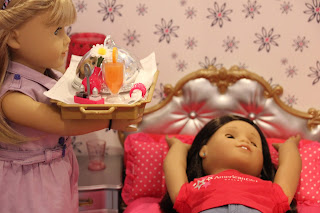 Madison was dumb and didn’t bring a decent camera, but I shouldn’t have expected any more from her lame, awful self. Everyone knows the only reason she has followers on this blog is me, anyway.

And maybe a little because of Taryn. My little sis is cool. She also came with me.

That’s okay. I’m so awesome, my epicness radiates even through her stinky iPhone photography.

Madison, Madison. What is it with these filters? Your phone’s photos were so bad you tried to salvage them by making us look like zombies?

The drive wasn’t so boring with Taryn around. ☺️

But the minute Madison opened her mouth and tried to talk, it became agony. Did I mention she has nothing worth saying? She would’ve made the entire trip miserable just by her presence had my sister and I not been awesome.

When we arrived at the Orlando AG store, we met Light4theLord and Mia, Elizabeth, and Madi from Dolls N’ All.

Nope. No pictures of Light4theLord. Sorry. Her awesomeness is uncontainable. Your computer or mobile device screens wouldn’t be able to handle it. They’d blow up or burst into flames or something.

LOOK AT ALL THESE AWESOME PRESENTS. Well, okay, in the picture you see just one. It’s for Taryn and I. Madison will do a birthday post soon (ha. ha. ha. Yeah right, Madison. “Soon”. Suuuure) and since they were partly birthday gifts you’ll get to see them then.

Oh? What’s this? Madison would like to give a message to Light4theLord and her family thanking them for their awesomeness and the epic gifts? You know what, too bad. No, Madison. You don’t get to be in my post. Thanks, but no. I’m going to go run with the laptop now and YOU CAN’T CATCH ME.

It was a beautiful time of Del demolition and destruction.

Mmmhmm. Yep. Bring on the condiments, and the food, and more food. Keep at it until you die, and even then keep on going as a ghost.

FOOD?! Dude! Why didn’t you disturb me?!

^ The condiments I kept ordering and ordering JUST TO ANNOY THEM.

I was not that interested. I did not say hi. At first glance, Mia was not half as awesome as me. I radiate awesomeness.

What do you think? Would busting these windows cost enough money to make Madison’s debit card suffer?

Which, by the way, I still have from wrecking a hotel. That reminds me — I still have to do a post on that. The pictures are priceless.

THAT WILL COST MADISON A PRETTY PENNY.

After watching Mia wreck the grand hotel, I began to realize HER AWESOMENESS. Blown away, I’ll tell you. So we joined awesome forces and wrecked Logan the Lame’s and Little Miss Taylor Swift’s baby bandstand.

Steal the show. Then drop the mic.

Mia was great at shaking the tambourine and getting the entire song off beat. IT DROVE THEM BESERK.

Dude look at Elly back there ?? Amazing.

Despite the fact I don’t completely despise Gabriela…

Mia did it right. Breaking the barre, stealing the stuff — DESTRUCTION.

Me? Just as right. Taking away Gabby’s dance essentials.

I hopped on her scooter, pushed her helmet down over her eyes, and ran over her toes.

Laughing all the while.

The demolition and destruction of the American Girl store in Orlando, Florida was absolutely terrific. But that’s not all. There’s still the

DEMOLITION OF THE FOOD COURT.

Oh, it was spectacular. Elly, Madi, Mia, Taryn and I had a BLAST.

Until then, keep commenting revenge ideas I can do on Madison, if you have anymore. I know I’m definitely going to be hitching a ride with her to the store soon (bringing my phone along to take pictures >:D) to buy whipped cream — just guess all the grand fun I’m going to have with THAT. ?

If you haven’t witnessed Mia’s awesomeness over here at her account of the demoliton, you were bad and disobeyed me because I told you to read it before this. So go read it. Now.

Now comment and tell me which stop of ours we destroyed that you liked best. You’ll get a chance to be randomly shouted out in my next post.