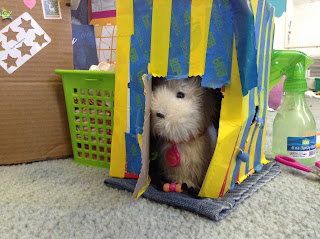 Arf Arf! Coconut here! Yes, I’m her, the famous Coco. People mistake me for a boy. But really, I’m just a girl doggy that acts like a tomboy! Anyways, today I was just sitting in my doghouse, playing with my chew toy, when I started to really want to actually play with a human being. Cecile was over there on her bed, maybe she could play with me? 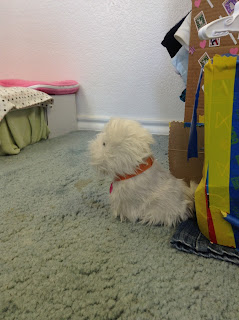 I ventured out to see. 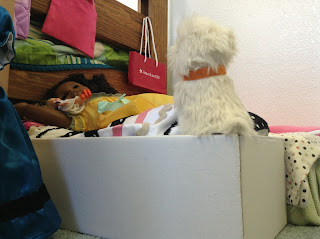 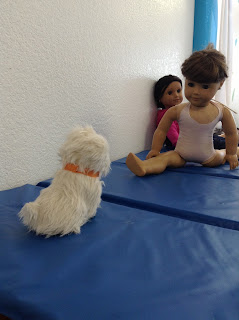 “Arf, arf woooooff?” I asked Molly who was practicing her splits with her coach, Josefina. “Coconut!” she scolded. “You know you can’t be in the gym. Shoo, shoo.” 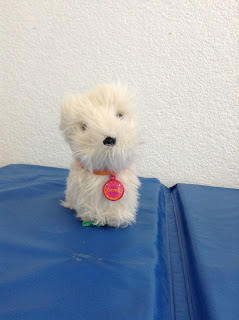 Hurt, abused and mistreated, I angrily thought up a plan to get revenge on the dolls. I’d runaway! Aha! That’s it. Then they’d truly regret mistreating their beloved Coco! 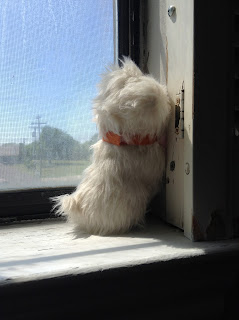 I leaped to a window and opened it. 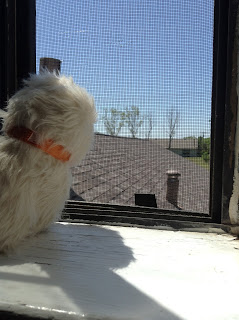 Too bad their was a thingy blocking me from jumping out. Oh well. 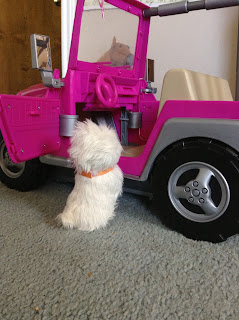 I leaped onto the doll’s car. Aha! I’d drive away! That would show them.
TO BE CONTINUED IN PART 2!
What do you think of the Runaway Coco series? Do you have a pet that wants to play and feels left-out?
~Mistreated,
Coco 🙁